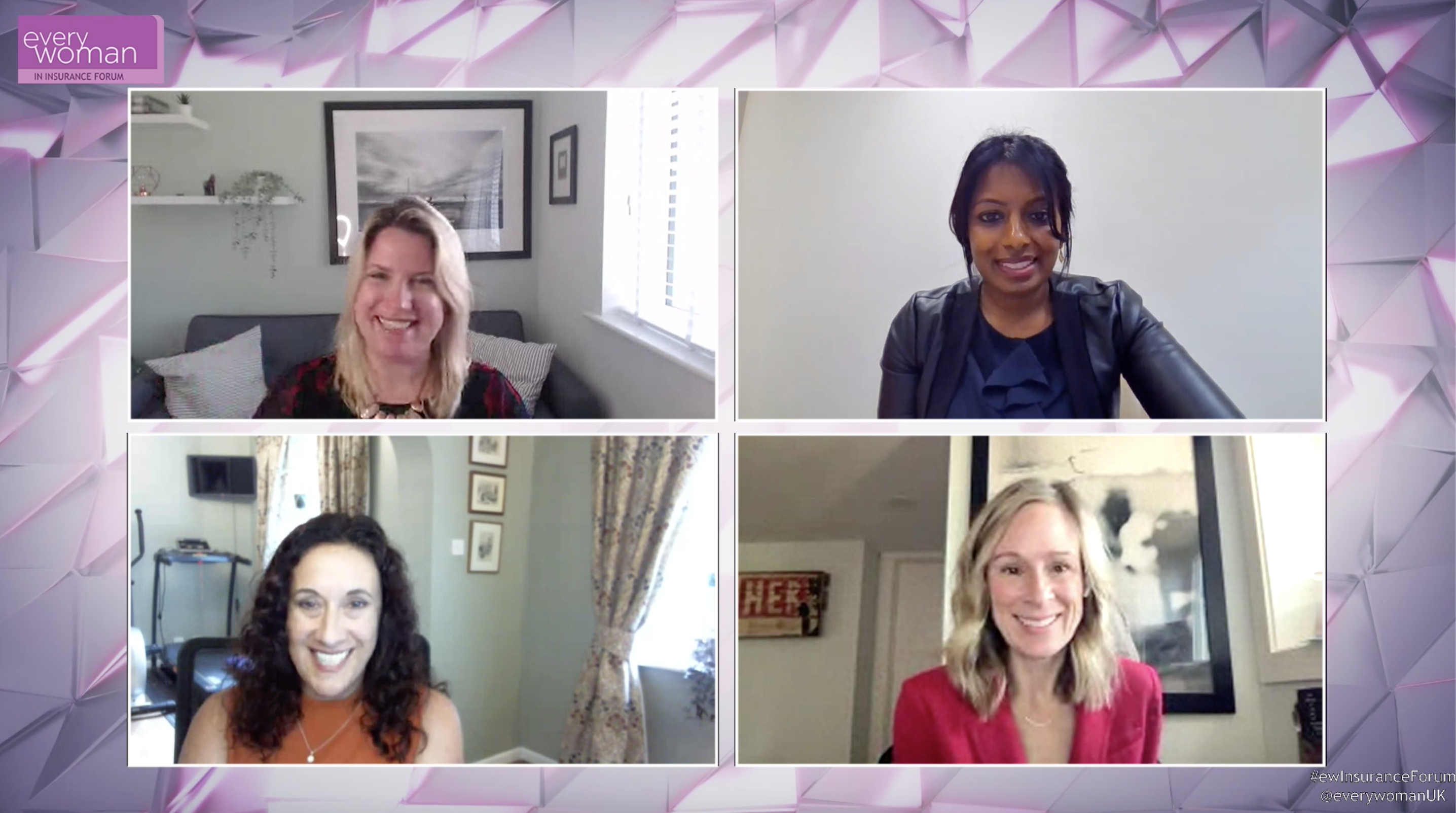 The moderator, Nicole Goodwin of Everywoman, started by asking the panel about the mentors who had helped them become the people they are today.

Sharon explained that most of her mentors in the insurance industry had been men, mainly because it was so male-dominated when she started. “I feel like I missed out on the female, nurturing side of things, and that’s what now needs to be focused on,” she said. “Women coming into the industry have the opportunity to be mentored by some amazing women.”

However, Sharon went on to advise that they should be mixing with lots of different people, women, men, young and old.

The next question was about what ‘room’ the panel want to be in and where that room is now that we are largely working in a virtual setting.

Sharon said it wasn’t now so much a question of rooms women cannot get into, “it’s more about being in a room that is full of respect and with personalities you want to spend time with and who you like”.

“Be honest, let your personality out”

One current difficulty, she said, is that there aren’t many opportunities to have those important, spontaneous coffee machine or water cooler conversations. “Because of that, it is up to leaders like us to pick up the phone, call people on Teams, and make sure we stay visible and bring people back out of themselves,” she said.

Sharon continued by emphasising how lucky we are to have a platform such as LinkedIn to increase our network, share knowledge and engage in conversations.

She said that the most important thing, whatever type of networking you do, “is to be honest, let your personality out, reach out to people and be bold”.

Mentoring is a two-way street

Finally, the panel, which included Abbi Bala of Gallagher Re and Marji Alaniz of AgriSompo, discussed reverse mentorship, ie, where someone is mentored by someone less experienced or junior to them.

Sharon said that whenever she mentors someone, it is “a two-way street, a reciprocal arrangement. That reciprocity happens naturally when you are dealing with someone younger or new to the industry, and I really enjoy it,” she said. “I go away feeling refreshed as I love the opportunity to learn from amazing people delivering new ideas and novel approaches to areas such as social media, IT and tech.”